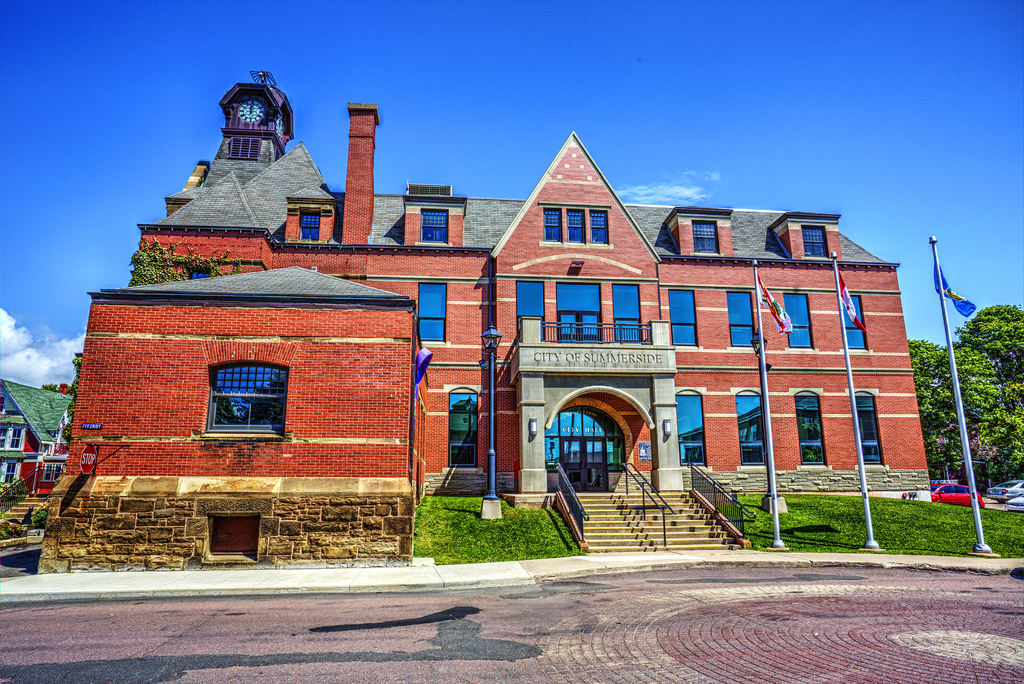 The pilot programs’ proponents are touting it as a first in Canada.

Samsung Renewable Energy Inc. and city made the announcement Thursday. The project will coincide

shrink the facility’s massive electrical bill. The city pays more than $380,000 annually to power the facility

and the battery and solar panels are expected to save the CUP a little more than $100,000 annually.

Thursday’s announcement was the culmination of a lot of hard work by a string of people from P.E.I.

to Korea, where Samsung is based, said Summerside Mayor Bill Martin. “This was a year in the

making … our agreement for this project is 510 pages long, for Phase I. So it took a lot of work,

a lot of back and forth. So I would say (I’m) a combination of extremely excited, proud and relieved,”

Other Samsung Renewable Energy Inc. projects going on in Canada

Martin also said that this is phase one in what could be a three-part project with Samsung. It all

depends on how this initial pilot project goes, but the two parties have signed a memorandum of

understanding regarding all three phases. Phase one involves constructing a shipping container-sized

battery and integrating it into CUP’s electric system. The battery will be fed power from 1,300

solar panels the city plans to build on a portion of the facility’s current parking lot. The battery

will store excess energy and pump it into the building during peak use hours. To accommodate

the build, one of the outdoor beach volleyball courts will be moved. The city does not expect to lose

any parking spaces as a result of the solar panels. Phase 2, if it happens, will include the construction

of a new solar/wind farm. This phase would bump the percentage of electricity the city gets from

renewable sources from 46 per cent to 70 per cent. Phase three would include investment in more electric

pilot projects, such as infrastructure for electric vehicles and a smart grid system. Martin said he expects

Phase 1 to be completed sometime this fall. The Atlantic Canada Opportunities Agency is providing $1.5 million

to the battery project, as is the city, for a total of $3 million in public funding. Steve Cho,

president of Samsung Renewable Energy Inc., said Thursday that his company has been welcomed

graciously into Summerside and they are looking forward to getting to work. “Summerside has the

on the community scale. “Today’s announcement is the first step towards achieving this great vision … and

we are very excited to enter into the more refined design stage of the project.”