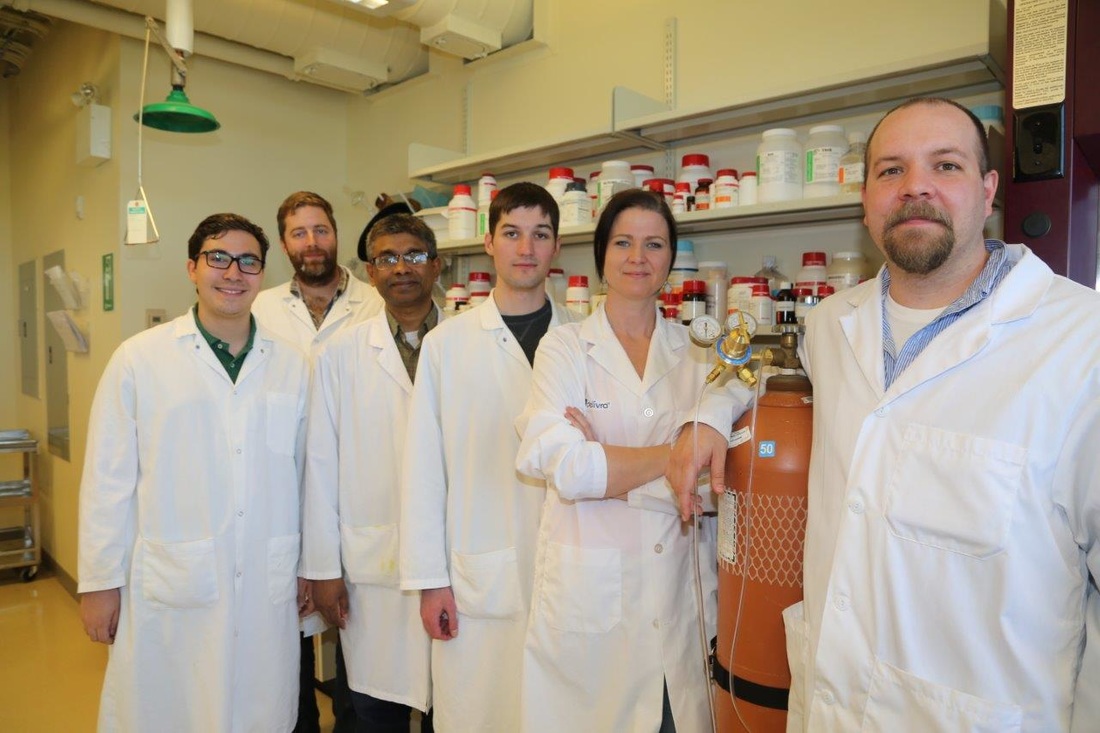 They say necessity is the mother of invention.

With a PHD in molecular pharmacology, Gabriele wanted to find a way to ease his wife’s suffering after a sarcoma between her eyes left her facial nerves jumping.

Dr. Gabriele developed a groundbreaking delivery technology called delivra™ that powers a fast-acting, deep penetrating topical cream; one that provided his wife with the pain relief and comfort she needed.

The Burlington, Ont. Company, born in 2007, now sells $4.5 million worth of products in 6,000 Canadian stores. They sell four products, for varicose veins, pain relief, nerve pain and healing cream for cuts and burns, and have two more – for athletic muscle pain and osteoarthritis joint pain – in clinical trials.

The National Research Council, through a natural products and marine biology program in Prince Edward Island, offered the delivra™  team a laboratory within their facility.

Montreal native David Baronowski moved to Prince Edward Island in 2013 to lead the six-person research and development team at the University of Prince Edward Island. The team is busy finding ways to make the successful products even better and to introduce new natural health products.

Delivra scientists want to work with small to large biotechnology companies across the globe.  For example, a company that develops medicine for stomach illness may look to them to develop topical applications.

They have accessed financial support from numerous federal and provincial programs including Innovation PEI and have partnered with BioFoodTech to help make this happen.

“The PEI government has given us access to funds not available anywhere else in Canada,” he said. “The substantial and numerous funding programs are extremely advantageous for small to medium enterprises like us.

Interestingly, for every one dollar the company puts in, loan programs provide three dollars for scientific research.

The company is also considering bringing manufacturing to the Island to continue to maintain a positive revenue stream and grow organically.

The Delivra team on PEI, left to right, Frank Caluis, Jonathan Zuccolo, Azoy Kundu, Mathieu Poulin, Beth Buchanan and lead David Baronowski.
Baronowski’s team is diverse. In the lab, scientists hail from Bangladesh, Vancouver, Nigeria, Halifax and the Evangeline area of Prince Edward Island. Baronowski himself lives in Mt. Stewart with his wife and daughters. Not so fondly, he recalls the four hours of commuting he used to make. His wife is the assistant manager at Dalvay by the Sea beach resort and his daughters love the island way of living.

“The beach is ten minutes from our house,” he said with a smile. “You can’t find this anywhere else.”